With the passage of time there have been great changes in the taste and preferences of the people and hairstyles have not remained immune to these transformations. Long archaic locks, of 1940’s, with curls, parted sideways are highly contrasting to newfangled idiotically-short hairdos that are popular among celebrities, which is understandable: they are easy-to-wear and takes less time to get set.

The fact that the easiest style to maintain is the Buzz cut, has made it trendy and many celebrities including England’s David Beckham; who wore this for short time, Pakistan’s cricketer Omar Akmal; who have recently had it, and even women like Natalie Portman have affected by the buzz-epidemic. Buzz cut also known as Wiffle or Induction cut is almost going bald except that it leaves the stumps of the hair behind.

Fairly common coiffure among the media-stars is the Crew cut, in which hair are sheared short, but are left a little more than that in the Buzz cut, with longest hair in front and both the sides and the back bearing hair cropped low. Perhaps none other are more renowned for this hair set than the football stars like Wayne Rooney, Steven Gerrard, Nani, and many more, who seems to have developed a permanent liking for these styles. 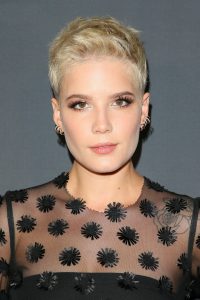 More contemporary perms that are voguish include one like Portugal’s Cristiano Ronaldo, who rocks a funky type, spiked hair. As the name implies, this style is aimed to make you hair literally stand up, with pointed edges, as if your head have just experienced Goosebumps or a high voltage electric shock. Arguably this is the most favored set among men.

Pixie cut, recently put on by the English film star Emma Watson after shedding her gorgeous wavy brown locks, has raised a wave of questions among her fans. It gives her a look of elderly female, while some say that she looks exquisite. Pixie cut relates to a relatively short hair, with the longer hair on top as compared to both sides and back, which are cropped short.

Certainly, there are no bounds beyond which celebrities can’t go to come into spotlight and hairstyles are just one way to do that. Searching for you favorite celebrity’s hairstyle has now been made easy with web. All you need to do is decide on the style you want, tell it to your hairdresser and you can resemble your role model. 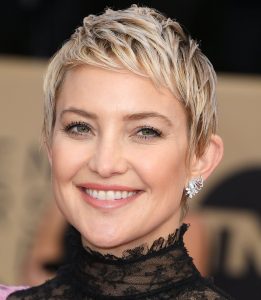 Rock Those Braids! Braided hair styles are an excellent way to simplify your hair styling routine. There are various braid styles that allow your hair to take a break from the daily styling, while also adding a new sleek look to your appearance. Whether you choose to wear microbraids, cornrows like Alan Iverson, braided weaves, […]

Women and The Dressing Choices with the Silk garments

Silk is one of those materials that feel like a second skin because of its softness and naturalness. The fact that it regulates our body heat and retains all of its beauty throughout time allows us to wear it all year. Providing you take excellent care of it, of course! Taking good care of a […]

Advantages Of Buying Clothes From The fairycore

Today the internet has changed our style of shopping. Due to the increasing benefits of purchasing items in online stores, people have diverted themselves from buying in stores to online shopping. Online shopping allows you to have all types of convenience.  We are living in an era where online shopping has transformed the retail industry. […]

How To Do An Angel Tarot Card Reading